I’ve Done a few bikes in the time I’ve been making stickers, I really love doing them, bikes can look so awesome with custom livery but rarely do they come my way. So I was happy to be asked to change the standard white stickers on this Yamaha R125. 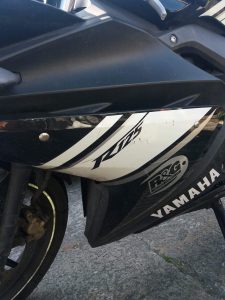 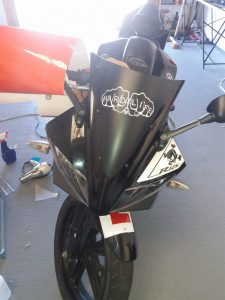 So he decided on the colours and picked the base colours which in this case were turquoise metallic and silver metallic to replicate the original livery. This is challenging as the existing stickers are on the bike and as they follow the curves of the bike the shape changes so they aren’t square, they bend slighty. I used measurements and some calculations to get the stickers design made the first run had to be tweaked to fit the curves of the panel. 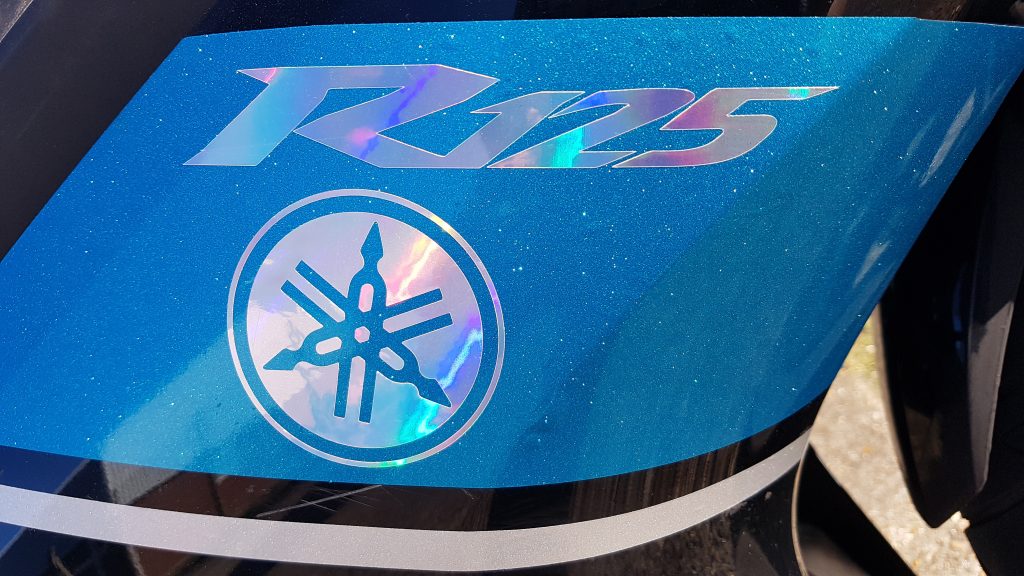 The old stickers were removed and the new ones fitted, after the stripes were on next was to decide on the size and colour of the bike stickers. Neon Chrome (see picture above) was decided for the R125, Yamaha and logo stickers they were made and fitted, I thought the job was done but turns out more is wanted for the rest of the bike!

So here it is, in the flesh it looks stunning. enjoy the photos and if you’re on Facebook give my page Sticker’D a like and share. 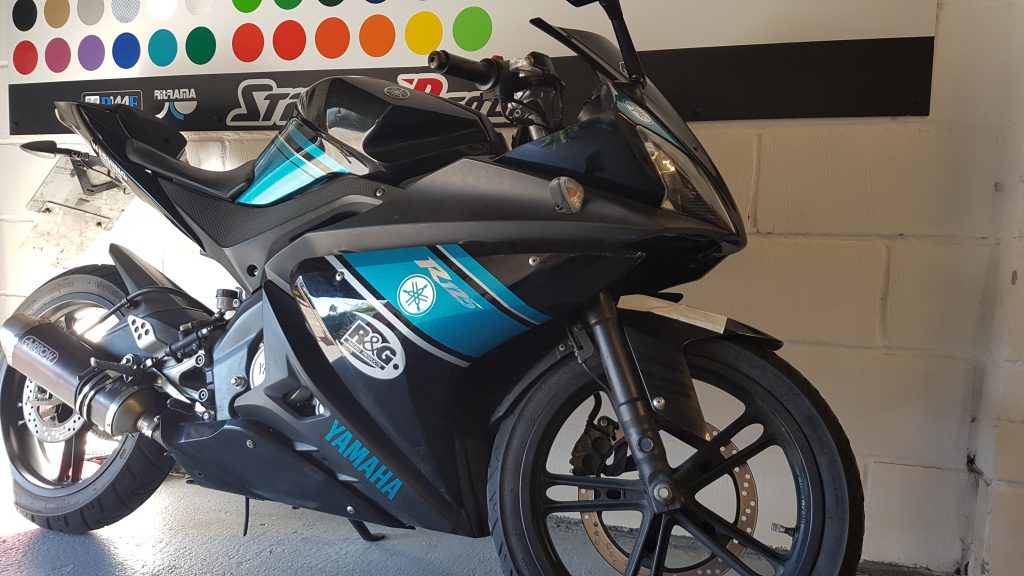 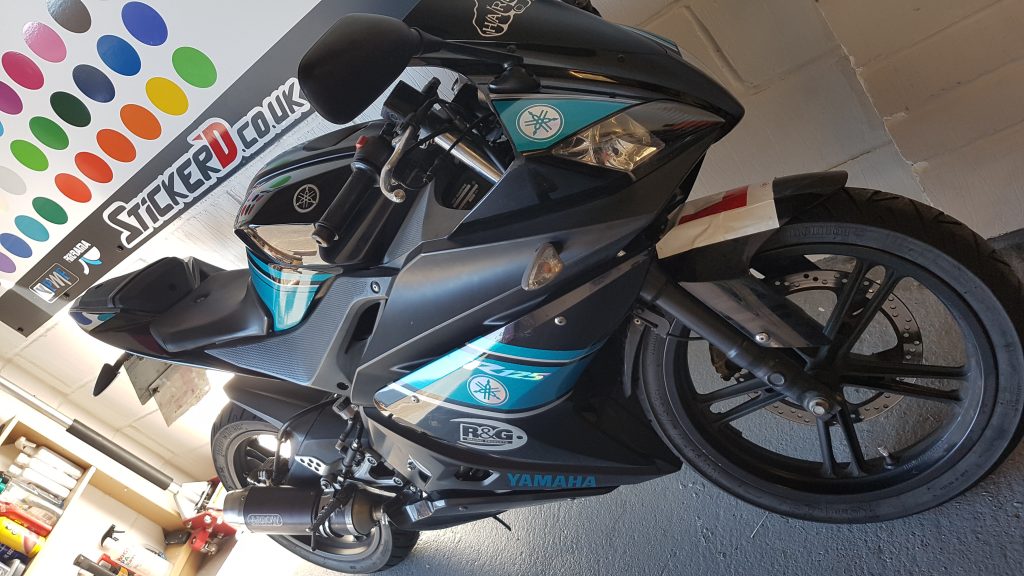 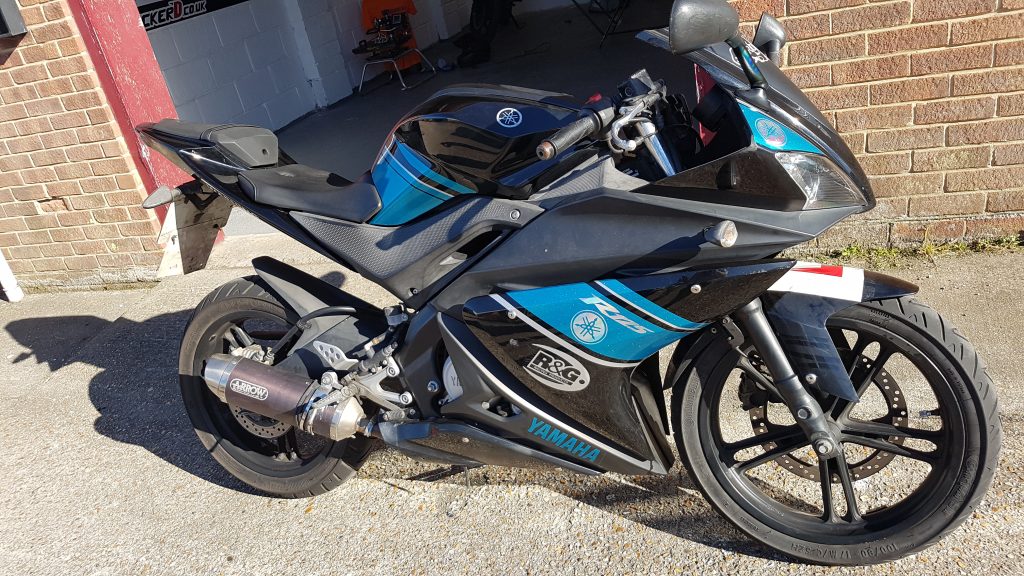 Sticker’D located on the Isle of Wight, we design and sell stickers, vehicle graphics, signs and wrapping. we offer services and products to businesses and public alike. Our shop is open to the public and located on Senator Trading Estate, Sandown.

You can find most information and pricing here on our website which is updated regularly, we also post on social media.. see below for which ones we use.

Please Note,
if the shop is shut during opening hours, call the number on the door and leave a message. Thank you 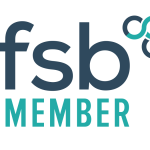 Dan Spurgin
2019-05-31T17:13:19+0000
Excellent service from kerry, fitted me in last second to get some work done before a charity event. Car looks... fantastic and the job done is very good. Need graphics done on the island? See kerry at sticker'd you won't be disappointedread more

Laura Dupré
2018-02-14T16:39:42+0000
Just had my business details put on my rear windscreen of my car. Kerry is fantastic, so much attention to detail with... a great finish! Highly recommended �read more